John Zia Oram was born in Tilkepe, Iraq in March of 1953 to Zia and Shamama Oram. His family immigrated to Detroit, Michigan in 1966 when he was only 13 years old. John Oram has 12 siblings; 5 brothers and 6 sisters..

Once the Oram family settled in Detroit John took on several different jobs; varying from selling 8-track and cassette tapes, Big Boys, purchasing his own family liquor store that he spent 12hrs/day at for 7 days/week and for Chrysler. He also swept floors at a local car dealership on Woodward Avenue in Ferndale where he said one day he would own the building. He started Jam Sound Specialist in 1979 which was a car audio business. In a very short time he would grow the successful car audio business to over 5 locations that of which included the purchase of the store on Woodward Ave in Ferndale that he was once a janitor at.  Jam Sound serviced many high profile Metro Detroiters including Detroit Lions and Detroit Piston players, Mayor Coleman Young and Tommy Hearns to name a few.

In 1992, John moved his wife and four kids to Amherstburg, Ontario Canada while he still commuted back and forth to operate Jam Sound Specialists. At that time John also worked on President Bill Clinton campaign and helped him get elected.

In 1994, he purchased Boblo Island, a former amusement park. John turned the island into a high-end resort community with beautiful Victorian style homes. His family also lived on the island.

In 2004, John moved his family back to his original roots of Detroit where his kids would take over one of the Jam Sound locations while John would dabble in health care consulting, real estate consulting and management consulting for political consultants and top level executives.

Over the years, John has been involved with many community fundraisers throughout the United States. Doing various good deeds like passing out turkeys, gift baskets and delivering food to the homeless. He has also met with many of Detroit’s leaders to work on projects for the future of our community.

Today, with over 40+ years experience John is still consulting for various different individuals as well as organizations.

John Zia Oram in the Press 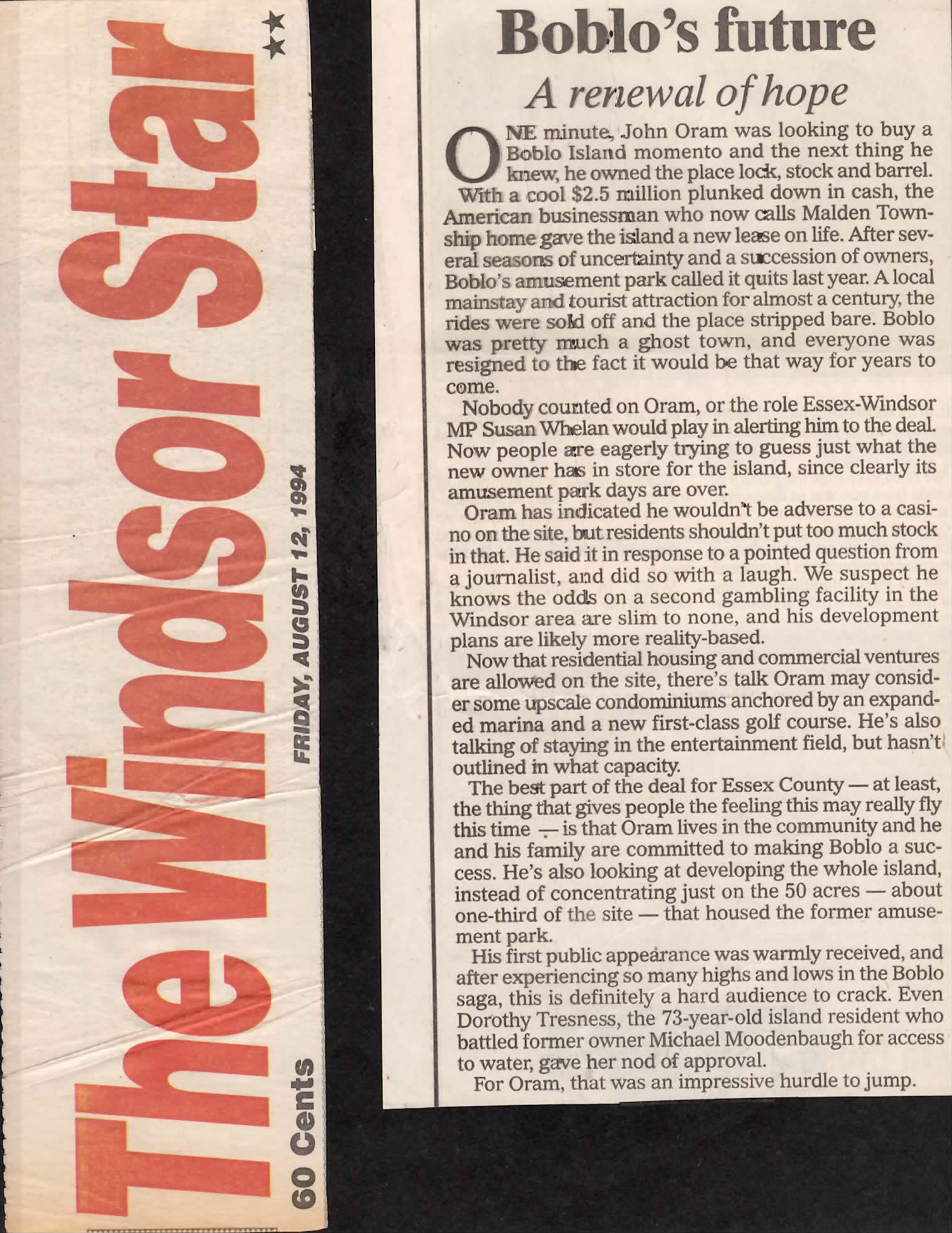 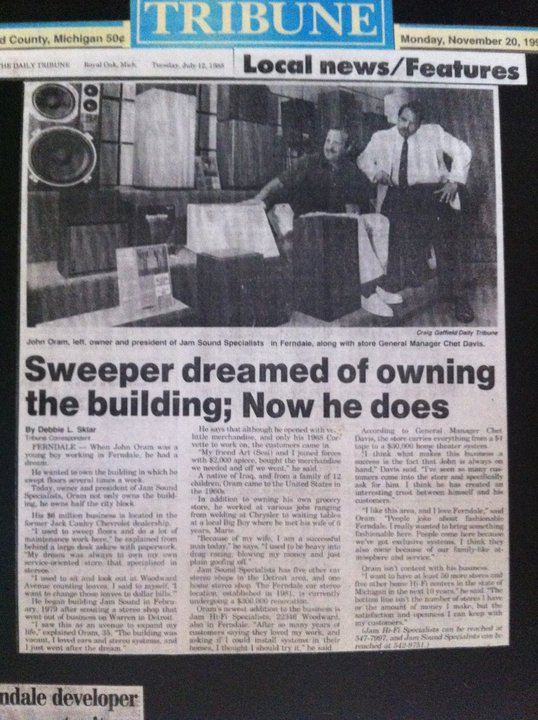 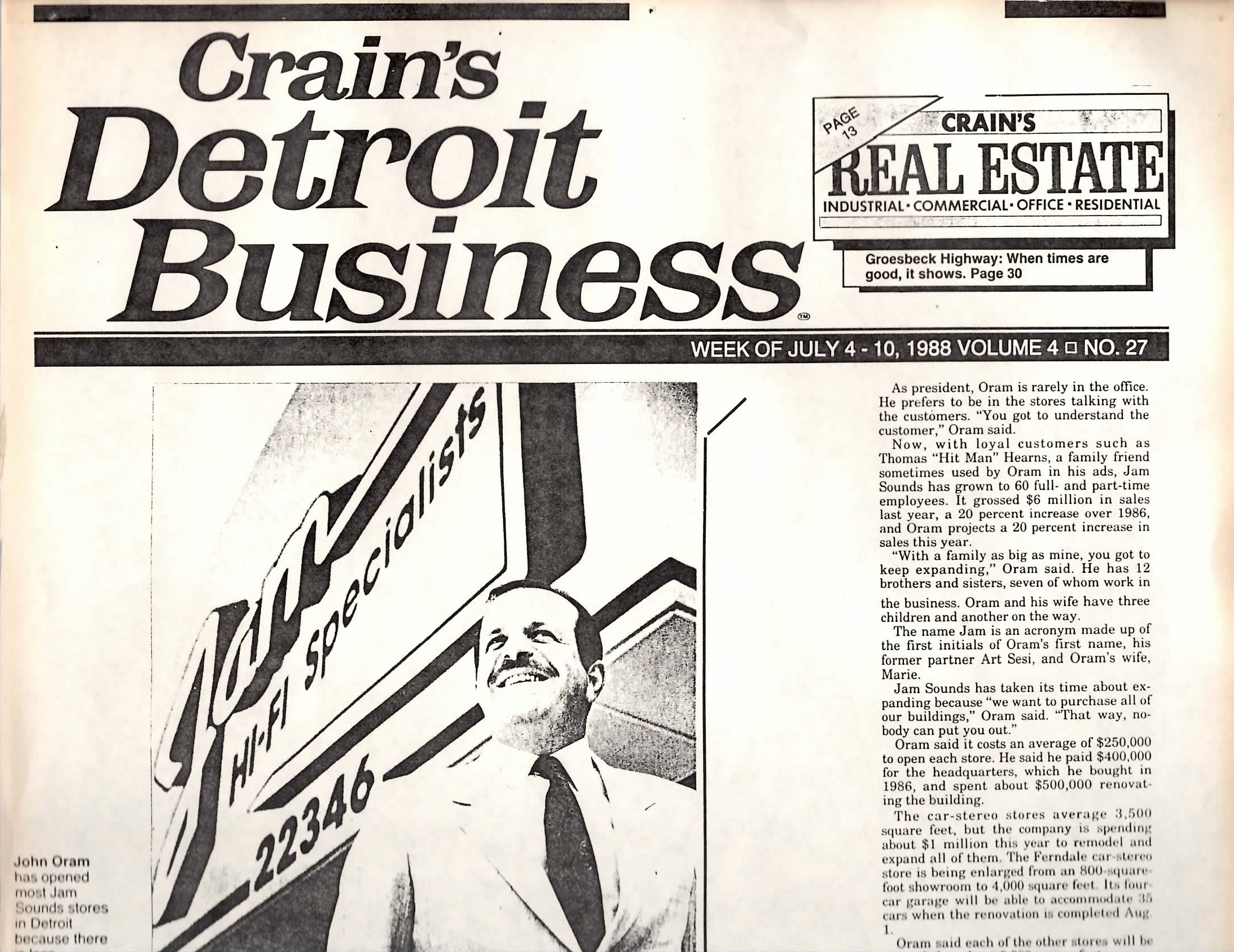